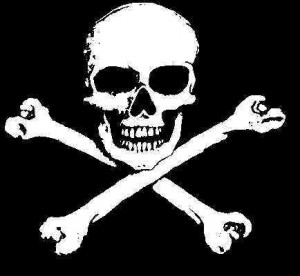 I’ve Been A Bad Bad Girl

You know those moments when you are struck out of the blue by a random thought that just makes so much sense? Boy did I have one of those today.  There’s a big black hole for me when it comes to listening to the radio these days because there are really no great rock stations on FM anymore. Not that I pick up in my house anyway. In the car there is XM and that’s great but I’m not one of those people that spends all that much time in my car. I’ve probably purchased a total of 10 music cds in the past 5 years and that’s being generous. Yet I have plenty of new music to listen to on the Ipod don’t I? Downloading is just so easy and hey it’s there, it’s convenient, not hurting anyone right? Oh so wrong. It was really a moment of perfect clarity. So much of everything comes down to money. Radio stations are out to make money, recording labels are out to make money… they are going to push on the radio that which is making them money. So if all these people who hop on the flavor of the week bandwagon run out and buy what is “popular” then that is what is going to get played? I have contributed to the demise of radio buy not supporting the bands I like to listen to in the way that counts commercially. Ewwww when I think of it that way I really suck. I hereby promise not to do it anymore. If I like it I will buy the CD swear. I know maybe a stupid random thought but now that I have had it there’s just no going back.

I also had another one of my favorite conversations tonight. “Kerri, why are you not married? It’s getting too late for you to have children, you’re too picky…blah blah blah.” You know I get it that it has it’s rewards and all. But the bottom line was and is if I was ever going to do it it would have to have been for the only right reason, which is at least believing you’re going to love another person forever. That they are the one and only until death do you part. Period. I remember reading a book once and the vows were something like… My soul to yours. In this life and the next, we are bound. Corny, romanticized, don’t care. That just sums it up for me.  And if it wasn’t going to be that, I would take nothing. I know for a fact I have some friends who have gotten married because the timing was right and the person they were with was a decent human being they cared for. I’m not saying it’s not going to last. I’m not saying it doesn’t involve mutual caring and respect. I just wanted more, all or nothing. Very easy decision for me, doesn’t mean I am happy I didn’t find it so hello… stop trying to rub my face in it and make me buy into something that maybe works for you but would never work for me. Yeah I might still be a little pissed about this conversation. I mean really, because I’m not being a hypocrite and letting someone else raise my kids while I’m sleeping with a co-worker I’m defective? Ouch! Claws retracted. Seriously though why does it bother some people so much that I am single? Grrrrrr. Misery love company maybe?

Anyway…… I wish I had a beer but alas I do not. I somehow have like 20 bottles of wine though! I have no idea why. Not my drink of choice. I have managed to scrounge a Mike’s Hard Pomegranate Lemonade from the fridge. It’s okay, little too much on the sweet side for me. Guess I must venture forth to the supermarket tomorrow and purchase beer and food. Tomorrow is just so filled up already. I have a ton of things I need to get done. Blech. It’s becoming more and more appealing to hire a cleaning service to come in every two weeks or so. If only I could get passed that thing of not paying someone for what I can do my damned self. Okay that’s enough from me now… going to end my pity party and go do something constructive.

Oh and if a certain someone happens to be reading this post… Happy Birthday! Yes I still remember.

What the hell happened to spring???

I am sitting here freezing my ass off in f’n May. What is up with that? This is the time of year I live for. The hotter the better and I’m being robbed! So not a happy camper.